m from the base at Faslane near Glasgow. The activists painted directly onto the weldmesh fence that surround the base.

“Last week a global conference in Vienna* highlighted the catastrophic humanitarian consequences of any use of these weapons”, said Janet Fenton, “while the Austrian Government made a pledge to outlaw them, the UK insisted that the way to nuclear disarmament was to build new weapons. It makes no sense and is completely out of step with the majority of countries who want to see nuclear abolition ”.

Brian Quail added, “The Scottish Government has no say over the deployment of illegal** weapons of mass destruction from here, “despitethe fact that the Faslane/Coulport complex is the only site in the whole UK that can accommodate Trident. This makes it essential that Scots vote for anti-Trident parties in the May general election.”

The Scrap Trident Coalition, of which Trident Ploughshares is a member, are planning two Bairns not Bombs event in the new year, a demonstration in Glasgow on 28th March, and a blockade at Faslane on the 13th of April when they expect to stop work at the base and close it down.

*Vienna ConferenceA single detonation of a modern nuclear weapon would cause destruction and human suffering on a scale far exceeding the devastation seen in Hiroshima and Nagasaki. No State or international body would be able to provide adequate assistance. Nuclear weapons continue to pose an existential t

hreat to all humankind.  These risks are not abstract. They are real, more serious than previously known and can never be eliminated completely. In the past few years, a growing number of states and many civil society actors focussed on the humanitarian consequences and risks associated with nuclear weapons through different national, regional and international events and activities. Two international conferences were devoted specifically to this issue; in Oslo, Norway, in March 2013 and Nayarit, Mexico, in February 2014. At the third conference held in Vienna on the 8th and 9th of December, the US and UK governments finally agreed to participate. The UK government was represented by an embassy diplomat and the Scottish Government’s request to participate in the UK delegation was ignored. At the conclusion of the conference the Austrian Government made a pledge to “fill the legal gap for the prohibition and elimination of nuclear weapons” and pledged “to cooperate with all stakeholders to achieve this goal”.

** Illegality Following the International Court of Justice Advisory Opinion on the legality of nuclear weapons, the aquittal of Trident ploughshares activists on a defence of necessity and the subsequent Lord Advocate’s Reference to this case in 2001, a conference was held in Edinburgh which resulted in the publication of Trident and International Law: Scotland’s Obligations. The book makes clear that not only states but citizens have obligations to prevent war crimes and crimes against humanity, specifically the current deployment of Trident. H.E. Judge Weeramantry says citizens have the right to act: “Anti-nuclear civil resistance is the right of every citizen of his planet, for the prevention of such an international crime (as the threat or use of nuclear weapons) is basic to human dignity.”

***Nowhere to goThe political will in Scotland is to remove nuclear weapons. There is irrefutable evidence that moving them south of the border is not an option, however much Jim Murphy wants to suggest that this could happen. No-one in the MOD has offered any refutation of the findings published in SCND’s Nowhere to Go. The facilities that would be needed are: a submarine base to replace Faslane and a nuclear weapons’ depot to replace Coulport. The second would be the biggest problem. As an MoD source told the Telegraph, “there simply isn’t anywhere else where we can do what we do at Coulport”

Building a nuclear weapons depot at the submarine base at Devonport would be out of the question, because the site is within the city of

Plymouth with its population of 250,000.( Vanguard class submarines are not allowed to berth at Devonport if they are carrying Trident missiles.

There are severe tidal restrictions on access to the dock at Barrow. Like Devonport, Barrow is in an urban area. Political and legal difficulties would preclude basing a UK system in France or the US and changing the sytem to create a different nuclear weapon would take until the 2040s and be even more prohibitively expensive than Trident.

In her first article from the conference published on Open Democracy, Dr Rebecca Johnson (Acronym Institute) sets the scene with an account of the 600 plus delegates at last week’s International Campaign to Abolish Nuclear Weapons (ICAN) gathering represented the majority view: that is, noy only the campaigners from the nuclear weapons states, but representatives from the hundred plus countries who regard nuclear weapons as a liability they don’t want. She describes strong experienced women reminiscent of the Greenham women, and young campaigners with real understanding of the problems of hunger and want who are able to bring the humanitarian dimension clearly to the discussion. The nuclear weapons states are in their own mistrustful and adversarial paradigm, and while the participation of the US and UK governments should not lull us into an expectation that they are prepared to give way readily, it is clear the civil society and the non nuclear states are gathering speed. 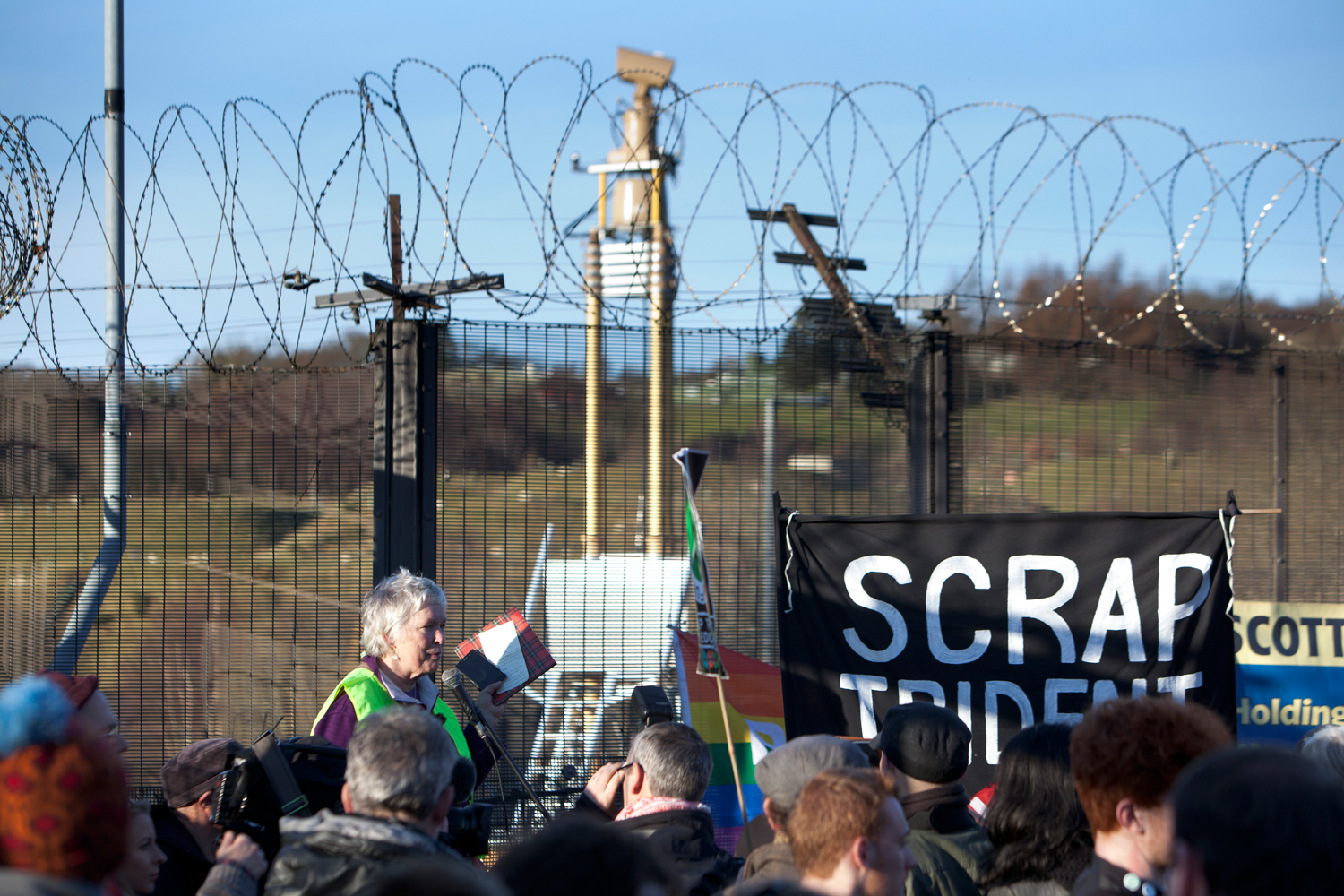 es of nuclear war: some background in an attempt to make some sense of what’s goiung on reasonably quickly; not that it makes any sense to me that we should NEED to do such a thing. It must have been about 1962 when I first heard about the effects of the bomb that was dropped on Hiroshima, and it was from readings of an eyewitness account by John Hersey, Hiroshima that I learned some of what had happened.

Seemed fairly obvious to me that banning the bomb was necessary. I discovered that On 24th January 1946 United Nations held the first meeting of the Secuirity Council set up to keep the peace in the post world war world. The first resolution, preceeding even the extradition and trial of war criminals, or the question of refugees or releif and rehabilitation, even preceeding arrangements for the establishment of a secretariat came

But it was not until 1968 that Ireland, one of the neutral (small, independent) countries was able to negotiate the participation of the (by then) five nuclear weapon states: China, France, the United Kingdom, the United States, and the USSR in the Non Proliferation Treaty . Given that amongst other things, they are committed to “Declaring their intention to achieve at the earliest possible date the cessation of the nuclear arms race and to undertake effective measures in the direction of nuclear disarmament,

things have not been speedy since. Nor has the treaty prevented proliferation.The states parties meet every five years at a Review Conference… Following the review in 2010, the Red Cross/Red Crescent international passed a resolution declaring that they would be UNABLE TO RESPOND to the CATASTROPHIC HUMANITARIAN CONSEQUENCES of a thermonuclear detonation.

Two international conferences exploring these catastrophic humanitarian consequences have taken place as a result of this resolution. They were boycotted by the US and UK Governments on the grounds that “there seems to be an agenda to outlaw nuclear weapons”.

I am releived that they have now abandoned this deranged and insane position and will take part this week.